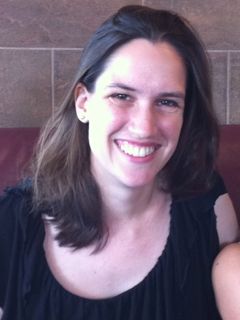 Karen McNeil is the lead researcher and programmer for the first corpus of Tunisian Arabic and a data engineer at Amazon Web Services. She is also an Arabic–English translator and has translated Shukri Mabkhout’s The Italian (with Miled Faiza), as well as poems and short stories for Banipal and World Literature Today. She was lead revising editor of the Oxford Arabic Dictionary (2014) and has done numberous Arabic consulting projects, most recently computational linguistics projects involving Arabic corpora and semantic annotation. 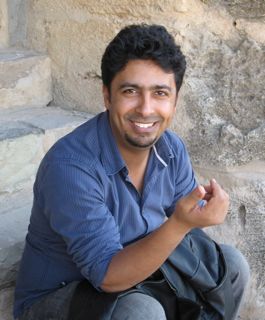 Miled Faiza is a senior lecturer of Arabic at Brown University in Providence, Rhode Island.

In addition to his work at Brown, Miled is also involved in several linguistic research projects. He was an English-Arabic translator and reviewer of the Oxford Arabic Dictionary, and is co-creator of the Tunisian Arabic Corpus (tunisiya.org), a project with Karen McNeil to create an extensive, freely available corpus of Tunisian Arabic.

In addition to teaching, Miled is a poet, writer and translater. Most recently, he translated The Italian by Shukri Mabkhout (with Karen McNeil). He also translated the Arabic edition of the Booker shortlisted novel Autumn by Ali Smith (al-Kharif, Sharjah: Kalimat Group), as well as Winter, also by Ali Smith. He has published two poetry collections, the most recent of which is أصابع النحات (2019). His poetry has also been published in print publications such as al-Quds, Al Jadeed, and Al Ghaoon, as well as in online literary journals like Kikah and Jihat al-Shi'r. English translations from his new collection have been published in World Literature Today and Banipal, in addition to translations published in French, Spanish, and Serbian.

Miled graduated from Université de Sousse, Faculté des Lettres et des Sciences Humaines de Sousse, Tunisia, in 1998 with a BA in Arabic Language and Literature and received a master's degree in Near Eastern Languages (Arabic) from Wayne State University in 2009.